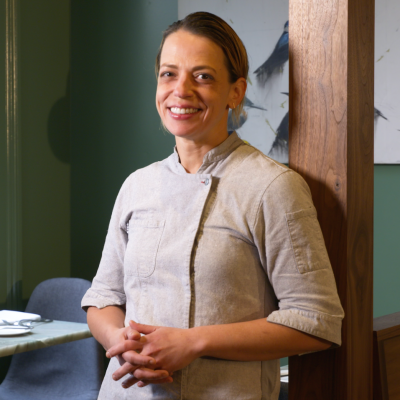 Zasu In New Orleans’ Mid-City neighborhood is a reference to the Czech heritage of Chef Sue Zemanick, who established the restaurant on New Year’s Eve 2018. Originally from Wilkes-Barre, Pennsylvania, Chef Sue trained at the Culinary Institute of America in New York, graduating at the top of her class. A passion for cooking with fish and seafood led her to New Orleans in 2003. As executive chef of Gautreau’s Restaurant she was named Best Chef: South by the James Beard Foundation and was recognized as one of the best new chefs in the nation by Food and Wine magazine. At Zasu the chef continues to explore new ways to inspire traditional favorites.