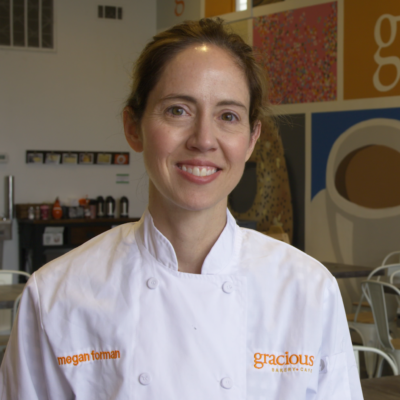 The Mid-City neighborhood of Gert Town is home to Gracious Bakery and Café, an artisan bakery owned by Chef Megan Forman and her husband Jay. The New Orleanian attended the New England Culinary Institute and worked as a pastry chef in New York, before returning home. She became the pastry chef at Bayona and later helped establish the New Orleans dessert chain Sucre. In 2011 Chef Megan opened Gracious, which now has locations in Mid-City, Uptown and the Garden District. The bakery was named one of America’s Best by Travel and Leisure magazine.